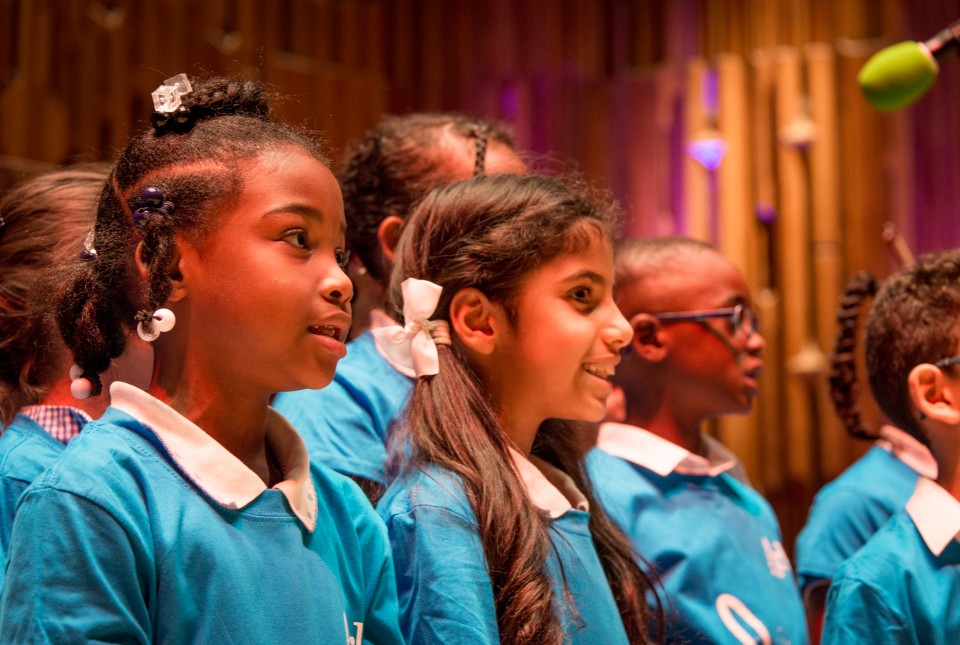 Over 80 students from King Solomon Academy took to one of the world’s most iconic stages in a musical extravaganza.

Students from King Solomon Academy sang for an audience of 2,000 people at London’s Barbican Centre as part of the Ark Music Gala on Tuesday 30th June 2015.

The students were part of a group of over 75o musicians – including a massed choir of 400 voices – who performed a rich variety of repertoire including music from the Tudor era, a Russian folk song and contemporary pop hits like Ella Henderson’s ‘Ghost’.

Margaret O’Shea, Director of Music at Ark, said: “All those involved in the Music Gala have worked enormously hard over the past weeks and months preparing for the concert.

“One of the great delights of our music programme is to see the personal growth of these remarkable young musicians as they embark on the journey of singing in a choir or learning to master an instrument.

“It is a huge privilege to see our students perform with such confidence and skill on a stage that regularly showcases the London Symphony Orchestra and the Royal Shakespeare Company.”