For information and updates about coronavirus, please click here. 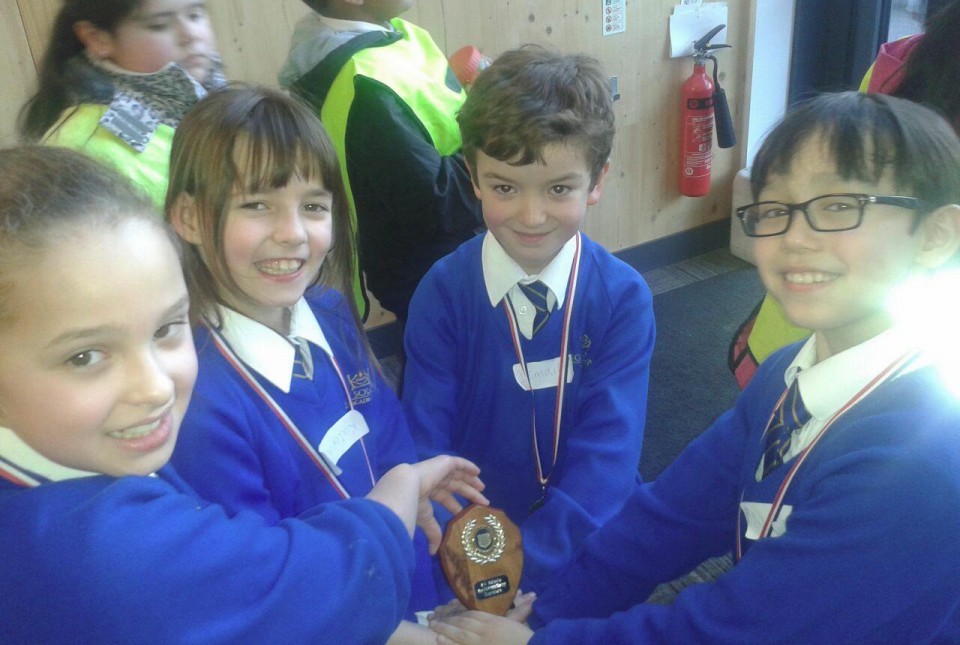 Last week, four pupils from Years 3 & 4 were selected to participate in the ARK School's annual maths challenge, which took place at ARK Brunel in Kensington and Chelsea. Our fantastic four were victorious and have made us immensely proud.

"On Wednesday, 4 people from Years 3 & 4 were asked to attend a maths competition to represent KSA. We felt overjoyed and complimented, but at the same time very nervous - 'what if I let the school down'. But then I thought to myself 'as long as I did my best'.

When it came to Thursday, we were all excited and raring to go. After our bus journey and lunch, we were brought into the hall to face our competitors in the challenge. There were 3 rounds in total and a bonus round. We had to complete various tasks, which involved complicated test papers. For the bonus round we had to make the tallest tower using only toothpicks and blue-tack and it had to stand unaided for 2 whole minutes. We came 2nd in that round, so it was a big surprise to us that when they tallied up the scores we were in 1st place.

The only had to say the letter 'K' for us to know we had won!"