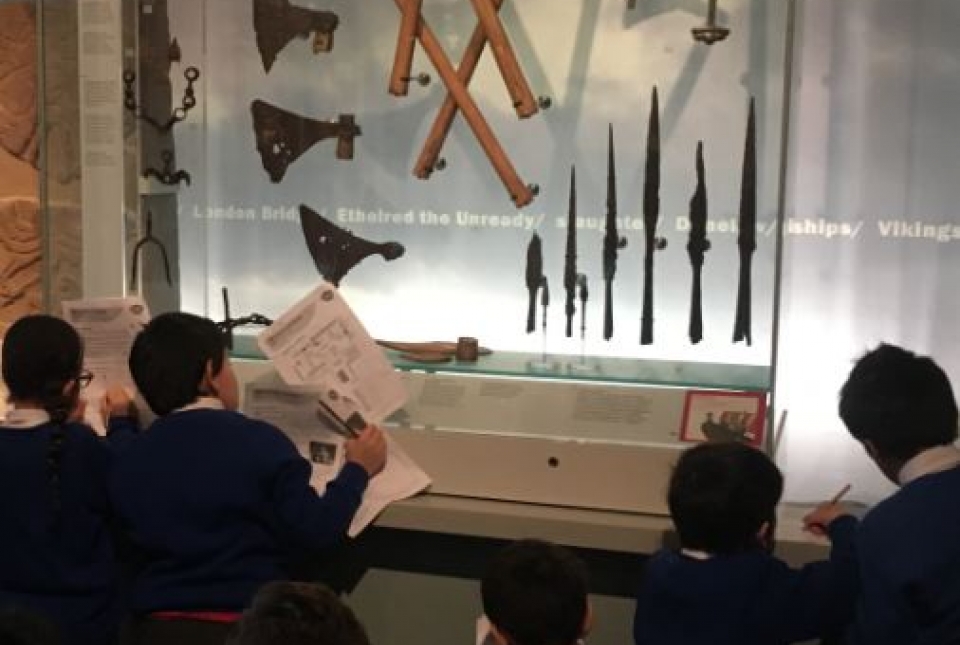 Although infamous for attacking British towns and monasteries, the Vikings were also traders, farmers and settlers. Eventually, they became the last group to successfully invade Britain in AD 1066 as the Normans.

During the most recent trip to the Museum of London, Year 4 pupils explored what evidence exists from the 9th-11th century, and what this tells us about the Vikings in London.