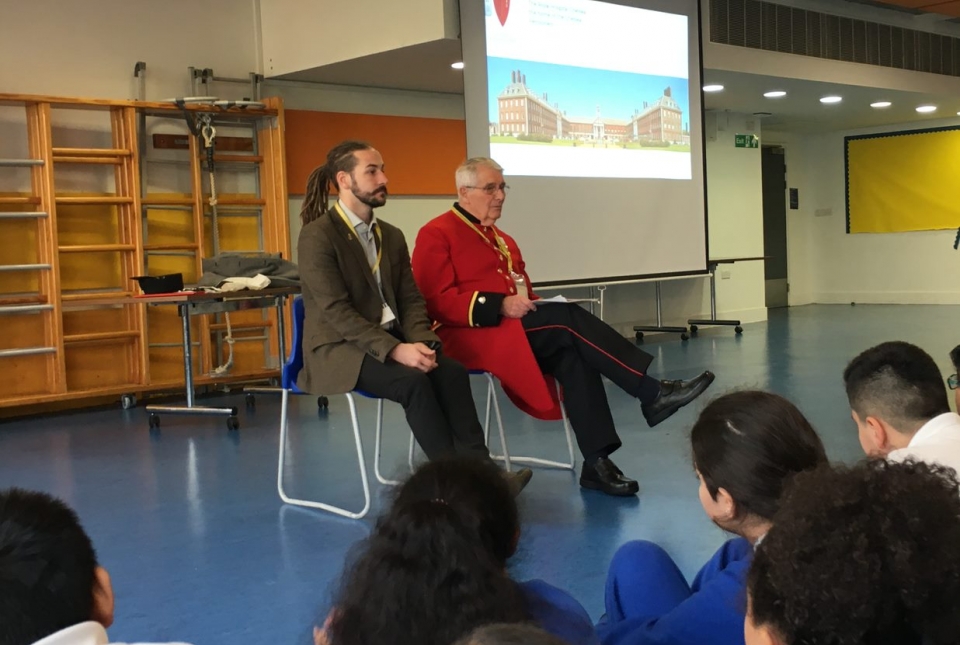 On Tuesday 3rd December, Year 6 were pleased to host Trevor from the Royal Hospital Chelsea as part of their studies of the Second World War. As a Chelsea Pensioner, Trevor served in the British Army during the Korean War before enjoying a long a varied career ‘on civvie street’. During his visit, the Class of 2027 were treated to stories about the founding of the Hospital and, most importantly, what it was like to grow up during WWII.

Chelsea Pensioners are usually over the age of 65 and retired - and they have chosen to live in the Royal Hospital Chelsea. Here, the veterans are given meals, take part in activities like gardening and bowls, and go out on parades. In order to live here, they must apply for a place and give up their army pension. But many are happy to do this because they are looked after by the hospital and are allowed to live with many former members of the army.

The Royal Hospital in Chelsea is 327 years old. King Charles II ordered that a building should be created where those 'broken by age or war' could live together and be looked after by the state. It was founded in 1682 and opened in 1692 for the first intake of Chelsea Pensioners, and it stands to this day as a home for the UK's veterans.

Only 300 people are allowed to live in the hospital, which means there is lots of competition to live there. It used to be restricted for only men to join, but 10 years ago - in 2009 - this was changed and the hospital now has a number of female Chelsea Pensioners living there too.

Trevor wore the famous scarlet coat of the Chelsea Pensioners (albeit without his ‘pirate’ – tricorne – hat as these are only worn on formal occasions). He shared stories about growing up with evacuee children from London as an 8-year-old at the outbreak of the war and life with his dad, who was an ARP (Air Raid Precaution) Warden. He also took questions from the pupils about his own service, the traditions of the famous Hospital and day-to-day life as a Chelsea Pensioner. 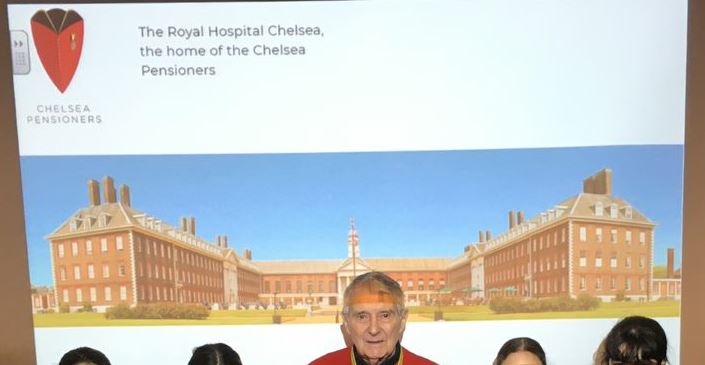