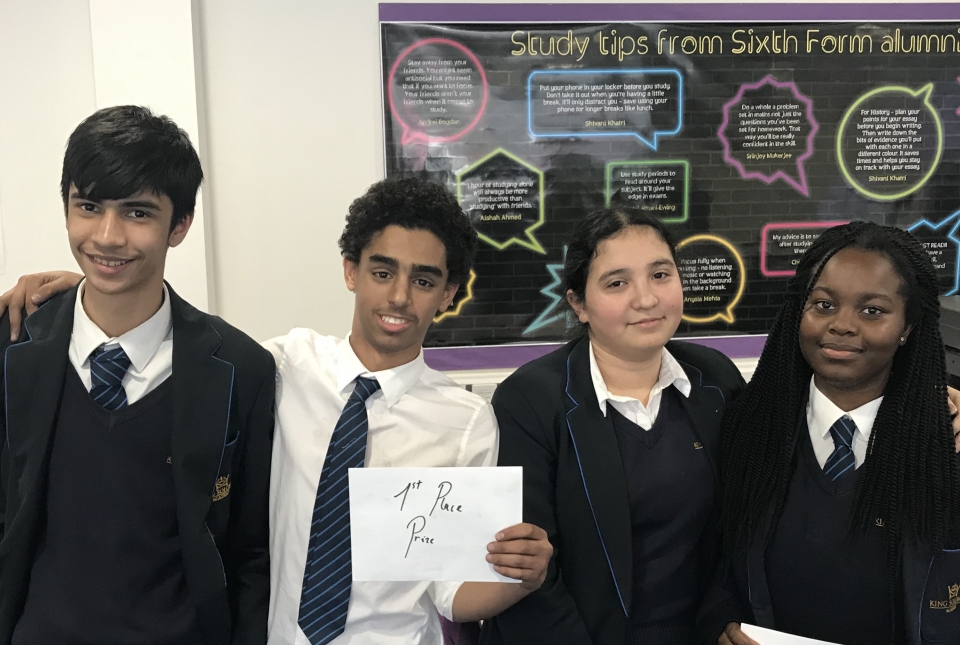 On Friday 24th May, a crack team of mathematicians from 10 UCL (Sulaiman, Temi, Ayad and Fatima) were taken by Mr Millar to Ark Academy to compete in the UKMT Maths Team Challenge, representing KSA against a range of other schools from the Ark network. The competition was split into four rounds. First up was the Shuttle round, where teams were split into two pairs. The answer to the first question (answered by the first pair) would be used to help the second pair answer the second question, and so on. It meant that if the first answer was incorrect, all subsequent answers would be incorrect. Luckily the team from KSA had a solid round, by the end of which they stood at joint 2nd. Before the next round we were treated to a lecture about the use of maths and physics in The Simpsons and Futurama; Ayad impressed everyone by giving a technically perfect explanation of the Higgs boson particle (which Homer predicts the mass of in an episode of the Simpsons). 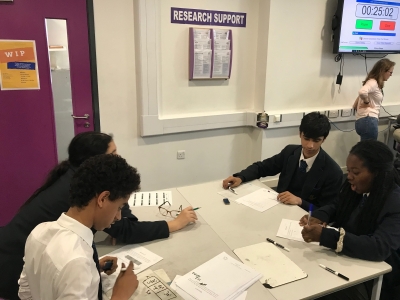 In the second round, Crossnumber, the team was again divided into pairs, with the aim of completing a crossword (with maths questions as clues). With one team only seeing the across clues and the other the down clues, the pairs had to work together to identify which clues they could solve. The team worked quickly and accurately and were in joint first place by the end of the round, looking strong. In the dying seconds the team made an error which made Mr Millar weep (21 = 1?!) – would this be costly? We quickly forgot about it and moved on to round 3, the Group round, where the team had 40 minutes to solve 10 tricky questions on topics such as probability, geometric ratios and triangular numbers. The team did well, scoring 8 correct answers, but a strong team from Elvin got all 10 correct which meant they moved ahead of us into first place. After a break it was onto the final round, the Relay. Teams had 20 minutes to answer 15 questions, each scoring 2 points each. We needed to answer 4 more questions than Elvin to win, and under immense pressure the team were racing through the questions, but was it enough? In the end, the scores were counted up and KSA were confirmed as the top school in the network, winning by 4 points!

Overall it was a wonderful day out. The team enjoyed themselves and worked extremely well together with all members contributing vital answers. They competed in great spirits and were a credit to KSA. Many thanks to Ark Academy for hosting a great day with a lot of really interesting maths questions which will help all the students in the future. 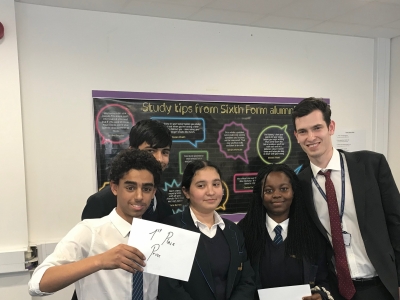