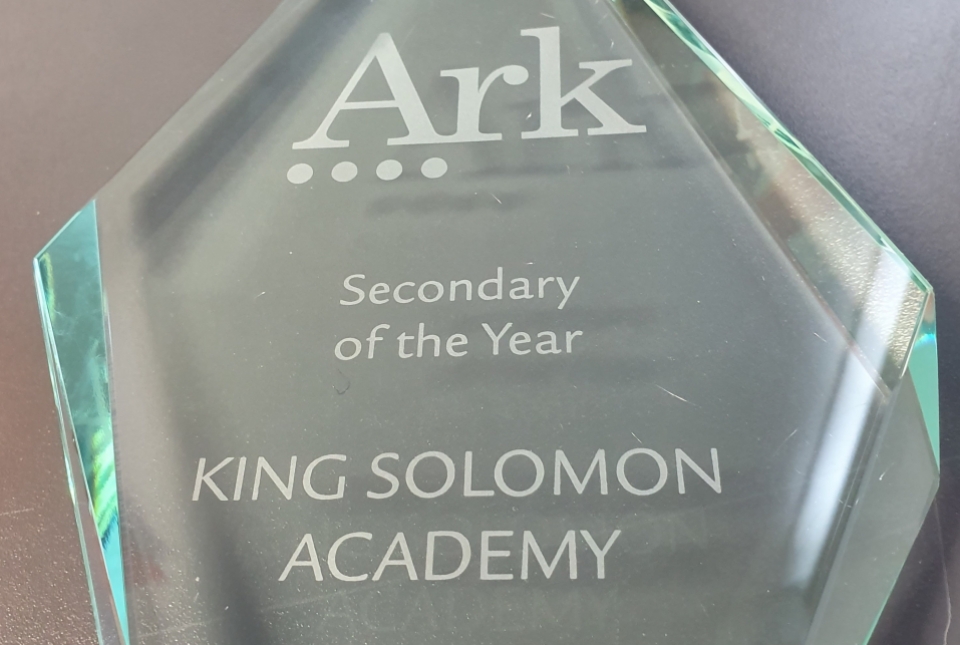 We were delighted that King Solomon Academy was awarded Secondary of the Year in the Ark network at the Ark Summit on 4th October.

The award celebrated the sustained excellence in the Secondary school and the exceptional GCSE results. The key measure that secondary schools are judged, the Progress 8, was the highest in the network and one of the highest in the country at 1.0, with 87% of pupils getting grade 4 or above in English and Maths. The English results were particularly strong, with 51% of pupils achieving a 7 or higher in English Literature. 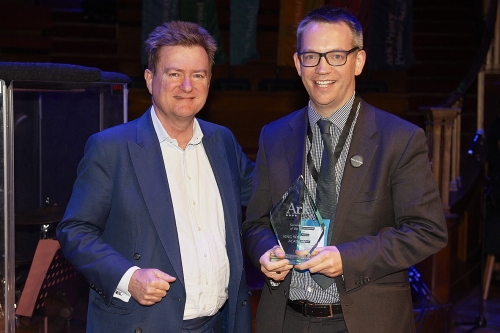